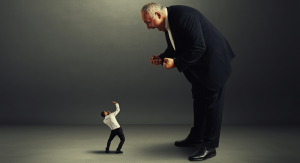 After posting recently on LinkedIn on the theme of transformational leadership, and finding a huge level of interest in the topic and some brilliant feedback on the post, I’m prompted to explore a little deeper, picking up just a couple of the themes that came through in the comments.

Performance reviews on two leaders I’ve had the privilege of working with blew me away with how clearly they showed why some leaders deliver great results and ultimately succeed, while others fail.

In working as a coach and executive developer I rarely meet a person with truly evil intentions! But despite good intentions, some fail simply because they lack the knowledge or skills to be a great manager or leader. Some refuse to change, or are incapable of changing. Only seldom is it the result of a lack of industry knowledge.

In reviews of CEOs and leaders using the ‘transformational leadership’ model, it’s reassuring (but still astounding!) to see how strongly the 360 degree feedback data usually supports the less informed ‘sense’ that a board has about their CEO. It’s often essential though to use a structured approach to provide real evidence for or against that sense of how things are going.

What leads a board to use an external review process?

A board is not at the organisational coalface. While it has access to a balance sheet and P&L statements, and has direct communications with the CEO and/or the executive team, it’s not in touch with the broader organisation, and perhaps not with industry peers.

External support to do a CEO review seems to be sought in one of two situations (aside from when it’s mandated). They’re both related to that distance from operations.

It could be that the board feels their leader is doing a good or great job but is not sure if they are accurate or isolated from the real world in their assessment.

Or it might be that the board has concerns, but also feels that they don’t have the full picture. They want real, broad evidence about how things are travelling – and hopefully it’s not as bad as they suspect!

In either case, a 360 will validate or challenge the existing view.

Christine runs a large corporate organisation with several hundred staff around a state.

Cameron runs a smaller organisation with a hundred or so staff around a region.

Despite the differences, both report to a board and have a senior executive team with program managers as their direct reports.

Both took on a 360-degree review with the encouragement of their board.

What the boards expected

Christine was seen by her board as highly effective overall. In fact it was partly at her initiative that the initial 360 was implemented, to help her identify development areas and enhance both her performance and that of the executive team.

For Cameron, there was a sense at board level that he was highly impactful in some areas of his work and less so in others. Previous annual reviews by the board were now seen by them to be narrow in scope, and not capturing the full picture. Some board members were a little in the dark, while others had strong views.

While this is a sample of only two cases, it’s representative of the range of what I’ve discovered.

What we found was compelling evidence of the positive impact of using an optimal mix of transformational and transactional styles in what is known as the ‘full range’ model of leadership.

In the model, transformational leadership broadly includes the 5 elements of trust, integrity, inspiration, intellectual challenge to encourage innovation, and personal consideration as demonstrated though a ‘coaching’ style.

So what are the other approaches – the ‘not transformational’ ones…?

Transactional Leadership – the ok, the bad and the ugly!

1. The ‘you scratch my back, I’ll scratch yours’ method

When leaders fail to use the 5 ‘transformational’ elements of the full-range leadership spectrum, they tend towards a more ‘transactional’ style. At its best, a transactional approach is quite effective. The effective transactional leader or manager focuses on clarifying targets, goals and rewards, assigning responsibilities, and monitoring to ensure that the work gets done. They show satisfaction when others meet their expectations, and dissatisfaction when they don’t.

Actually this style is not too bad. With an effective transactional leader you at least know where you stand. In some environments (high-paced sales for example) it can be pretty productive. If the goals set are aligned with organisational vision and KPIs, it’s one way to bring about satisfactory performance.

But these leaders, unless they are also doing much more to inspire and develop their team, only tend to generate performance up to the level they set. And very high performance only results from very high rewards. We don’t go ‘above and beyond’ for these leaders because it’s all about ‘standards’ and rewards for meeting these. It inspires people to perform, but only up to a level, and mainly out of self-interest.

Here, the self-interest is in not getting slammed!

The attention of the mistake-monitoring manager is on failure to meet standards. While this is important in high-compliance industries – air traffic control, surgery, some manufacturing – when over-used in an environment that doesn’t require it, it tends to suck the life out of people. The micro-managing mistake monitor focusses on irregularities, mistakes, exceptions, and deviations from standard. They take it as a mission to deal with these and keep track of them.

Performance from their team members tends towards under-performance. These are the types of managers responsible for the saying that ‘people don’t leave organisations, they leave managers’.

These guys are even worse. Actively monitoring for mistakes is better however than the manager who does not even do this. These are the fire-fighters who only take action after things have gone wrong and don’t get involved until problems become serious or even chronic. Their management style is passive. They don’t do any positive management, and they are far from being inspirational or charismatic leaders.

Worse again than the passive manager is the avoidant manager, who won’t even step in when important issues arise. They’re hard to find when they are needed. They delay responding to urgent questions, and won’t make decisions even at great cost to the business and the respect of their team. You wonder how these people got their management role, and in reality they would only be tolerated in an industry or organisation that did not have any performance standards. These guys are increasingly hard to find as a ‘pure type’, but some managers still tend to do too much avoiding.

What the two reviews showed…

Review results showed that Christine was seen by all groups to use a high frequency of transformational behaviours, with a still significant use of high-end transactional behaviours and a very low use of the destructive end of the transactional spectrum. Christine demonstrated almost zero levels of an ‘avoidant’ leadership style. In receiving the results, Christine was keen to see any lower areas among the highs. As a result her development program included building a new level of empowerment of and higher expectations for her executive team. The team thrived on the new levels of accountability and responsibility. The business responded, winning more contracts, delivering better results. Subsequent reviews showed higher results in the ‘slightly low’ areas, and still highlighted areas where Christine could continue to grow her leadership performance.

Cameron’s results showed that he had the mix wrong. His use of transformational styles was selective – more with some peers and stakeholder than with his own team, and more with some team members than others. While he was seen as inspirational in terms of presenting an exciting business vision by many, qualities like integrity and trust rated quite low with some of his team and some of the board. In the transactional areas, he did about the right amount of high-end transactional work, but overdid the lower-end style, with too much micro-managing, too much fire-fighting, and being seen as unavailable and avoidant in decision-making by quite a few. The results were initially a shock to Cameron. He had a pretty high opinion of his talents, and became keen to find flaws in the methods, or in the attitudes of his raters. He was confrontational in reviewing the results with his board, which did little to reassure them that he was prepared to learn. With the writing on the wall becoming clearer, and Cameron’s refusal to learn or change becoming more evident, the board was faced with an unenviable choice of whether to keep him on in the role or not.

All leaders and managers use a mix of these transformational/transactional components in their leadership or management work. (Different environments, cultures and hierarchical levels require a different mix). Generally if leaders incorporate a high use of the 5 transformational components, they don’t tend to need as much of the ‘target-reward’ approach – though clear goals and accountabilities are always essential. The high-performing leader will need to do very little mistake-monitoring, except in unusual circumstances such as managing an under-performer or in mission-critical environments. They certainly won’t be doing much firefighting, and the ‘avoiding’ style is…to be avoided!

The purpose of all of this is results and satisfaction.

The transformational leader produces both through appealing to their teams higher values and commitment to something above and beyond themselves. They get others to do more than they expected to and work harder to deliver success.  Their leadership is seen as effective because they care for others and their methods of leadership that satisfying. In short, while they don’t shy away at all from challenging their teams, they’re a joy to work with.

What to do if the mix is wrong

The million (or billion) dollar question is – what do you do if you find yourself either working for a leader who has the mix wrong, or being a leader who has the mix wrong? If it’s you, and you’re reading this and finding something that has you sit up and take notice, please explore the transformational model further. Bass and Avolio are two of the key developers of the theory and model. Get a coach who can help assess your style and design a development program with you. Accredited parties can carry out a 360. If you find you’re working for a leader who largely uses the bad and ugly styles, carefully explore what you can do to encourage your organisation to help them see the light. If they are keen to learn, they just might step up.