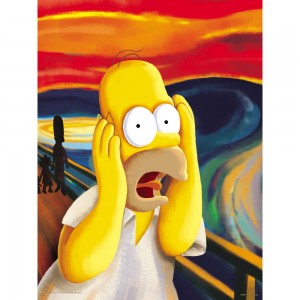 The sound of footsteps…

Being told ‘You’re going into performance management’ is typically about as much fun as hearing footsteps behind you in a dark alley. And neurological research demonstrates that the physical impact is similar – the ‘fight or flight’ response is pretty common.

But I always get concerned for another reason when I hear that someone is about to be ‘Performance Managed’. This paints the picture of performance management as the big bogeyman of workplaces. And while often it is, that’s not how things should be…

I’m more concerned when I ask how long the problem has been going on. It’s common to hear ‘oh, for ages’. Performance management in this sense often happens at the end of a long chain of events. It comes to the crunch when a staff member’s under-performance has got to be intolerable and is now doing serious damage, usually extending out to the team or the business.

Performance issues in these situations are usually one of two types.

For some it’s a matter of not reaching KPIs (for sales, production outputs, items serviced, clients seen … whatever). The other group are not really about performance, they’re about behaviour (lateness, absences, poor teamwork, perceived attitude issues etc).

So let’s step back a bit. Isn’t managing the performance of individuals in their team one of the key functions of a manager? In fact it’s probably seen as the absolute indicator of whether a manager is succeeding in most organisations, because most organisations are measured on performance above all other things[i].

A manager can do several things to start ‘managing’ performance.

Set clear expectations about the role right from the start. With a new staff member, a new team, or if you’re a new manager, conversations about goals and targets, KPIs, outputs and contribution in other terms should happen early. The conversations need to include agreement on how achievement is to be measured, and when. Some team members might be able to perform to a distant target as long as the target and the due date are clear. Others need ‘stepping stones’. Know your mark and who you are dealing with so that you know how to establish these key targets.

It’s not just about the targets…

Remember too that focusing on targets and numbers alone will leave many people cold, and probably performing just up to those levels at best. Always keep in mind the big picture, the passion that you and your team have for the organisational or team mission, the all-important customer, and the vision of the business as it will be in the future. Show people you care, and take them on the journey as well as making sure they hit the numbers. That often brings performance above targets. In conjunction with hitting our goals, knowing we’re heading towards an inspiring future helps us tap into their positive emotions and even self-generate ‘feel-good’ dopamine and endorphins. This more positive approach pays also generates performance as it energises us, lets us focus better, be more flexible in our thinking, and connect effectively with the people around us [ii].

Depending on the early agreements you and your team members have made, check in appropriately along the way to assess performance, as well as to get a sense of how they are travelling. This includes what their concerns and issues are, and what if any barriers to performance need to be dealt with. Use an informal 360 degree approach as well as your own observation to get a sense of how well each team member is working to those ‘softer’ targets such as team contribution, communication, and working with others. Be involved as a manager!

If someone’s underperformance has to be dealt with after ongoing months or years of unsatisfactory work, it’s often a failure of management as much as that person. So have these discussions early, and have them often.

That way, the ‘footsteps in the dark alley’ will never need to be heard, or if they do, it won’t come as a surprise to anyone, and the screaming will be minimal.

[i] Managing climate and team performance are other measures of success; as is a manager’s work on behalf of the team (delivering strategy, ensuring adequate resourcing, representing team needs etc) is another, and there are more….