The simplest way of thinking about culture is that it is ‘how we do things around here’.
And behind the formal culture outlined in visions, values and policies, there’s also the informal culture that more often covers ‘how we REALLY do things’.
Culture will either enable or hinder an organisation in delivering on its strategy or mission; it’s that worthy of our attention. 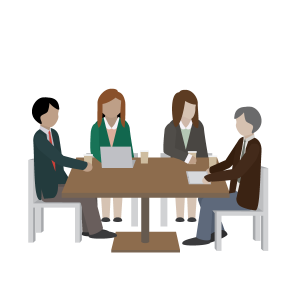 Culture is critical to business success but not focussed on nearly enough, according to the results of Strategy&’s 2013 Culture and Change Management Survey of over 2,200 global businesspeople. The survey found that although 60% thought that culture is more important than strategy or operating model, and 84% believed culture is critical to business success, only 53% believed culture was an important part of the leadership agenda at their company, and 35% said their companies do an effective job of managing culture.

The impact of culture

Being about the environment that we’re immersed in at work every day, culture has massive power in shaping workplace experience and performance. Workplace culture is made up of the values, beliefs, underlying assumptions, attitudes, and behaviors shared across a workplace, and incorporates preferred styles of leading, managing, and indeed following. Culture also describes the behaviors that result when a group has such a set of - generally unspoken and unwritten - rules for working together.

Culture’ describes behaviors that represent the general operating norms in an organisational environment. Some aspects of a culture support the organisation’s progress and success, while other aspects impede. For example, a norm of accountability usually helps make organisations successful. A norm of spectacular customer service will sell products and engage employees. Tolerating poor performance or exhibiting a lack of care about customers or quality processes will impede success.

Cultural values and symbols are a significant component of culture, and managed carefully these are a major contributor to success. This includes rewards and recognition systems – both the informal and formal ones. It also includes the ‘stories’ that are told within and about the organisation.

Culture is learned. Some aspects of culture are passed on formally, and others informally, and this extends to reward systems. When a behavior is rewarded, it is repeated and the association eventually becomes part of the culture. Respect and appreciation from leaders molds the culture in one direction, as micromanagement or abuse does in others. Employees also learn culture by interacting with other employees. Even a job candidate experiences a sense of your culture, and his or her fit within your culture, during the recruiting process, right down to how calls are handled

Culture can be strong or weak. Commitment from all levels of leadership to cultural symbols and declared preferred behaviours drives a strong culture that is consistent at all levels, and of course the reverse applies. Subcultures can be formed, as people are ‘rewarded’ by coworkers, project teams and others for behaviours that may or may not be consistent with the organizationally-sanctioned ones

Ideally, organizational culture supports a positive, productive, environment. Some cultures focus on either of these, but at the cost of the other, both will suffer. Research is inconclusive about whether satisfaction drives performance, or the other way round. But it’s clear that in a high-performing organisation you need both, and your culture must support this.

Much energy can be put into developing a framework of corporate values.

But such values lists are worse than useless if the actual values are not celebrated and practiced in the everyday life of the organisation.

If, for example, an organisational value is that ‘people are our greatest asset’, this needs to be shown to be true all the time – otherwise it’s not only empty, but also breeds cynicism that can go on for generations. And it’s not only leaders who sometimes are guilty of undermining the declared values – it can happen anywhere.

The formula for ensuring that you live the values is a combination of real participation in how those values are developed, interweaving of those values into other corporate documents such as KPIs and meetings, and ensuring they are demonstrated in group behaviours and how people are treated throughout the employment cycle – even those who are seen as problematic.

We can work with you on values frameworks, systems and training to ensure that they really do come alive.

Do we still need performance reviews?

In recent years, the demise of performance appraisal has been announced again and again. The arguments against performance reviews usually result from the fact that many organisations implement the process poorly, and this can result in employee dissatisfaction and disengagement. For the same reason, reviews are often seen as unfair – a real problem if they are the primary assessment of individual employee effectiveness.

But the conclusion that they should be eliminated altogether is not necessarily the solution to employee inspiration or engagement, let alone a good way to drive business results.

Performance appraisals can be valuable and relevant, as part of a larger talent management strategy, and if they are conducted as much more than the old-school ‘annual slam’ or just a one-way flow of information from manager to team member.

To make performance appraisals a positive experience, we need to take the focus away from simply ticking ratings boxes, and instead build a better process, giving managers the tools, guidelines and resources to manage feedback and conduct performance reviews in a way that focuses on the skills and behaviours that contribute to high performance.

Plenty of recent research in the area of neuroscience tells us that focusing on the positive is a far more effective way to help someone learn (while not avoiding addressing underperformance if it does ever happen).

While it’s supported by recent research, this knowledge has been around for many years now, and even the transformational leadership model makes it very clear that in most work situations, higher performance results more from inspirational and supportive leadership than it does from an extreme focus on expectations or a harsh approach to measurement and supervision.

And the former approach has a far more positive impact on organisational culture.

Investing effectively in your organisation’s health, through initiatives to lift your culture, will pay very healthy returns.

Doing so can mean building in consideration of areas such as mindsets, work environments, energy for change, and inspiring leadership every time you look at the more ‘practical’ performance aspects of any strategic initiatives.

Our work with culture includes testing, analysis and improvement. To do this we find out what’s going on by doing surveys and talking with people. We help you work out if there’s a gap between where things are and where they could be, and we run programs that help you get there.

Our Testing products include:

Anyone can design 'a questionnaire’ but not everyone has the training, qualifications and experience to ensure that it's a professional survey that is actually testing what was meant to be tested, and that the results are valid and reliable. We do. Our principal Paul Murphy graduated with a degree in Social Science, and studied research methods in both his Graduate Diploma and Masters studies.

Aspects such as structure, question wording, and having clean questions that only test one element are beyond the capability of anyone without training in this specific area. Many DIY questionnaires or tools found online are simply not robust enough to do the job and produce meaningful data that enables real improvement.

To get real information on how things are going, so you can determine what to change in order to make real and lasting improvement, give us a call or email soon.

How we help with Culture

Head through to our services in Coaching, Consulting and Training