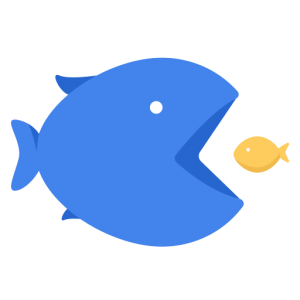 When around 70-80% of efforts around ‘change strategies’ fail to realise the gains they set out to achieve, it’s not just about poor implementation of a brilliant idea! Perhaps, culture is the real culprit…

The famous ‘what eats what’ notion has been attributed to Peter Drucker, originating the phrase “culture eats strategy for breakfast” somewhere back in C20. Sometimes ‘lunch’ replaces ‘breakfast’, but the point remains the same.

No matter how good your strategy is, your organisational culture is more powerful.

Working with a group of leaders recently, I presented a new take on this statement, one found in Mastering Leadership namely:

Culture / when it is ineffective / eats strategy for breakfast.

But then in pulling this apart, and with the input of an inspired thought from one of these leaders, we also concluded:

Culture / when it is highly effective / means that great things are achieved almost regardless of a highly-articulated strategy.

In other words, culture really does eat strategy for breakfast – and that’s whether it’s a great culture, or a deplorable culture!

Culture, being about people, and the way their organisation wittingly and unwittingly coaxes them to behave, communicate and work together, is often recognised for having an impact on business performance.

A highly effective culture is now often seen as being one where people are aligned, courageous, creative, collaborative, mutually supportive, empowered, self-aware, visionary, systems-savvy and achievement-oriented.

When it comes to culture, leaders set the tone – particularly the C-suite / senior Exec.

So whatever the formal version of culture may be (as stated in values, vision, mission etc), culture is partly an outcome of the individuals in the organisation and how they show up as leaders.

This incorporates the notion that how we lead doesn’t depend so much on what we know, or even intend, it depends on who we are! Our leadership impact is substantially about our identity and, in the words of Bob Anderson, leadership is the deployment of self into circumstances.

So what can leaders do, if they want to develop a culture that enables their strategy rather than constantly frustrates or undermines it?

Well first, don’t just focus on just changing culture ‘out there’. Own it!

We are all carriers of the culture we are trying to change.

A ‘reactive’ organisational culture and poor team dynamics resulting from low personal and collective leadership effectiveness means that strategy gets consumed. And if that’s the current state, without deep personal development, leaders will drive a culture that keeps returning ‘to normal’ – dragging reality back to the level of their belief structure and behaviour.

Cultural dynamics will tend to reset themselves as we attempt to change them, in spite of our best intentions to have the business operate in a new transformed way.

But leaders who are intent on developing their internal culture (personal leadership capacity, and ultimately identity) will find that the culture out there develops, partly just because they are developing … this is inevitable given the massive impact of leaders on culture.

The significance of leadership culture in an exec team multiplies this impact. The exec team becomes an enabler/inspirer of a culture that produces high performance, and also results in high satisfaction.

And yes, culture will enjoy a good breakfast on strategy, while having a quiet laugh to itself, time and again.

The impact of Leadership identity on developing an empowered organisational culture (that can actually deliver on a declared strategy) is captured nicely in Mastering Leadership:

One leader said, “how did we think we could transform the culture without transforming ourselves?”